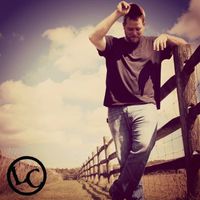 Growing up on a farm in Ozark, Arkansas, Lance taught himself how to play guitar while attending Arkansas Tech University where he was a member of the 1999 Conference Championship Wonderboy football team. The footballer turned lyricist moved to Nashville, TN in 2011 and in 18 short months signed his first publishing deal and secured 2 major cuts. Lance, however, remains true to his laid-back country boy persona and has continued to astound with the work ethic and humbleness that determined his early successes.

He says, “The more success I have in this business the more significant I can be in the lives of others.” He released his debut self titled debut album “Lance Carpenter” in 2013 and has performed with Toby Keith, Luke Bryan, Justin Moore, Randy Rogers Band and more. Lance currently writes for Parallel Music Publishing and plans to continue writing music that inspires, memorializes and captures his own zest for life.