Back to all posts

"Getting Out of the 4 Chord Rut" with James Linderman

Many would consider a four chord song to be a song with one completely unnecessary chord in it, and it is true that there are many brilliant three chord songs. 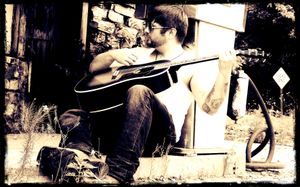 Country songwriter, Harlan Howard famously stated that all he needed was “three chords and the truth” and my mother in law used to joke that she only knew how to play three chords and a thousand songs and that I seemed to know thousands of chords but only three songs.

It would be fair to say that there are definitely a lot of ways, both simple and complex, to decorate our songs with harmony and it is well worth our time to explore some options and detail some of the rules of the road when it comes to “chording up” our tunes.

One of the first determinations, when looking for the greatest number of chord options for our song, is to establish what key that song is in. Determining key is easier with the help of the following chart which lists the names of the keys in the left column, lists the number of sharp and flat notes featured in the key, in the right column, and displays the chords indigenous to that key in the rows between. When attempting to establish which key a particular song is in, there are lots of criteria that music theorists factor into the equation but in most cases we can simply state that, “majority rules”. In other words, whatever key most of the chords are in, is a pretty good key to work within. 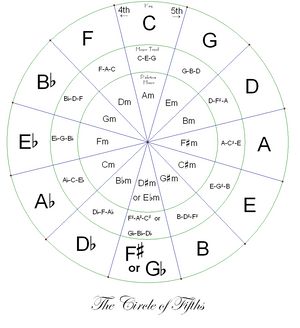 If we determine that all (or at least most) of our chords are in the key of C, for instance, we can then add, remove, shift or replace any of the chords in our song with other chords from that same key. Although we are not guaranteed to like the result of every choice, we might find some chords that fit to our liking and some of those good choices will provide a foundation to work from, as we add chords to the other parts of the song.

As we continue to edit, we can then start to focus our chord selections by applying one of the many chord substitution techniques that are built right into the key system. A substitution technique that is fairly straightforward and easy to apply involves relative chords. The general concept of harmonic relation acknowledges that chords are considered similar to one another by having the most notes in common and therefore offer the greatest likelihood for success during substitution.

For instance, a “C” chord is a relative to “Am” due to the two notes they share in common (C & E) and therefore they can substitute for one another almost always and with very little, or perhaps even no adjustment to the melody. Likewise, a “Dm” chord is related to an “F” chord and an “Em” is related to a “G”, all within the key of C. Numerically, we can more broadly state that the 1 chord is related to the 6 chord, the 2 to the 4 chord and the 3 to the 5 chord in every key, which gives us a substitution platform that we can apply to any key we choose to write in. 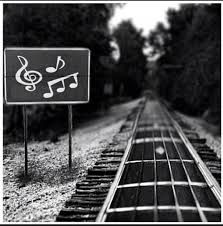 A terrific way to test drive this concept of relative harmonic substitution is to take a song you have already written in the key of “C” (or any other key using the chart above) and swap out the relative major and minor chords. You would then listen and assess the effect of each of the alterations. This may not necessarily increase the number of chords in our song but it will definitely get you more used to hearing your song framed in a new chord system that might challenge your initial choices as well as challenge the general feel of the song as well. Think of this as the training camp of chord substitution.

As far as using relative substitution to increase our chord count, a great technique is to use the relative major and minor in each section that previously featured only one of the two chords. For instance, in a bar where we had previously been playing just a “C” chord, we would now try a split bar of “C” to “Am” and then also try “Am” to “C” and determine if either of those options is more likeable than the original chord choice.

I often teach the concept where we consider our songs initial chord progression to be an unchallenged plan “A” until we have tried replacing the chords with at least three other progressions (plan B, plan C, plan D) to determine if there is a better progression available, at least with the options from this primary substitution concept of related majors and minors in spits and/or swaps.

There are a few more ways to substitute harmony that are only slightly more complex than relative major/minor substitution that offer even more chord options and the goal is to rule in or rule out that the best progression for our song is the 4 chord box pattern that we often initially use to bring our songs into existence.

James Linderman teaches guitar, piano and coaches songwriting to students all over the world over Skype. He teaches songwriting for film and film composition at the Canada Film Centre and is an Academic Ambassador to Berklee College of Music. James writes songwriting articles for songwriting organizations and is the author of a new book Song Forms for Songwriters. To learn more about James visit his site at www.jameslinderman.com or contact him at info@jameslinderman.com.